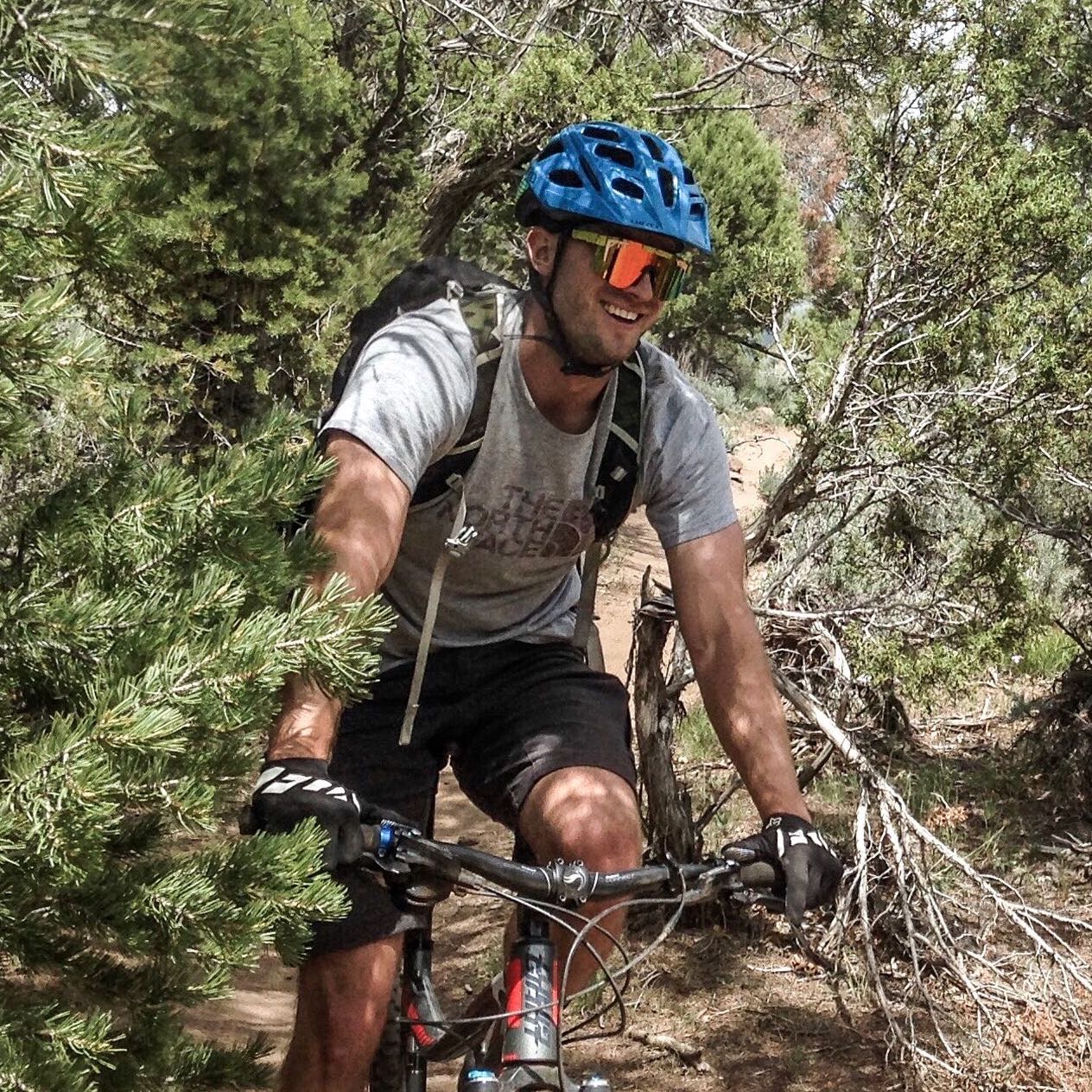 SecNotes is a medium-difficulty Windows machine with a twist. The machine includes a web application where users can store “secure” notes, (hence the machine name of “SecNotes”). Unfortunately, the web application is not as secure as the machine name might suggest as it is vulnerable to second order SQL injection and a variety of other issues. The simple second order SQLi can be leveraged to access all of the “secure” notes on the system. The information in these notes leads to the compromise of the system as the user Tyler.The route to owning the system includes a splash of Linux, as the Windows Subsystem for Linux is in use on the machine. Beware of .bash_history. 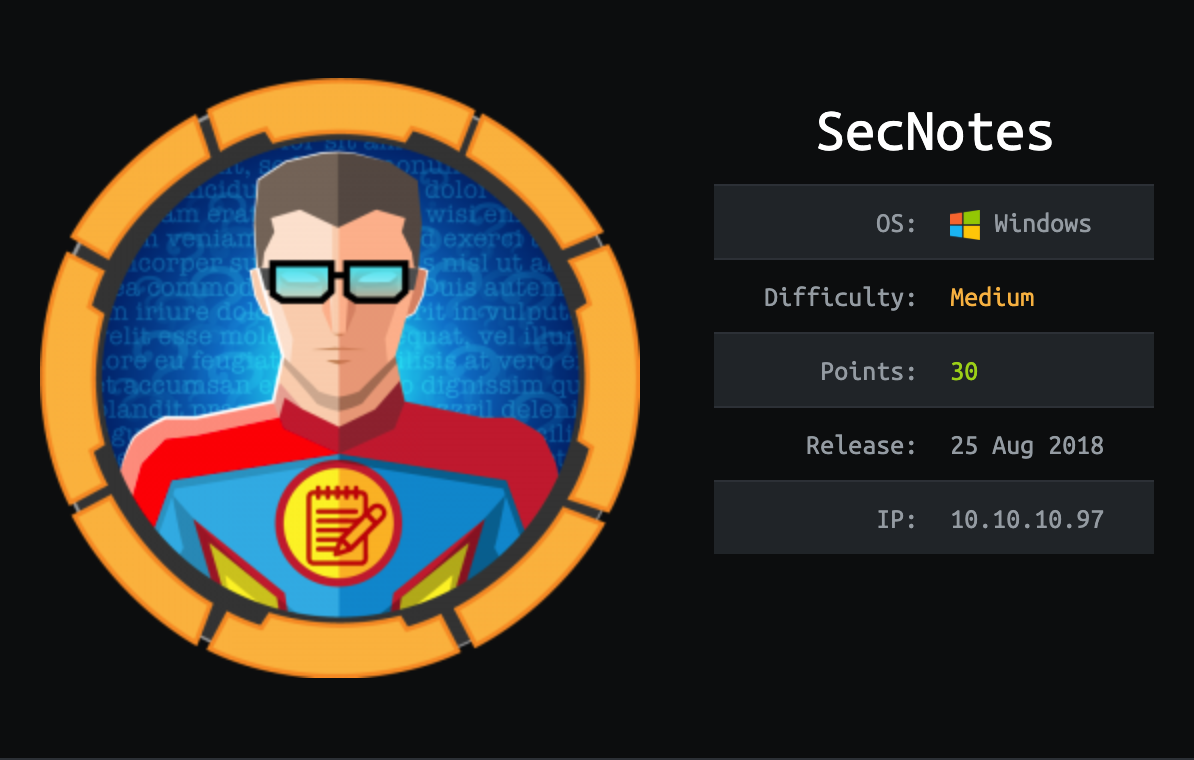 Note: I completed this challenge on December 25th, 2018, however I’m just now writing it up in December 2019. As such, some of the details are sparse.

From masscan, it was revealed that TCP 8808, 80 (HTTP), and 8808 were listening for connections. Using this information, a second scan was run using nmap to more thoughoughly examine the services listening on the discovered ports.

Browsing to http://10.10.10.97 contains a simple login page with an option to sign up for an account. The login.php index file hints that the server runs PHP code. 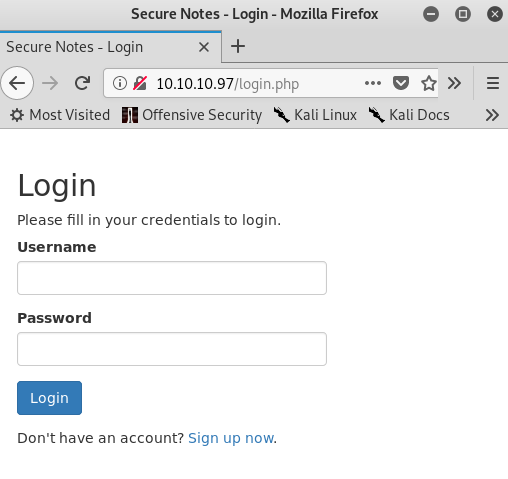 Browsing to http://10.10.10.97:8808 unveils only the default Microsoft IIS page. The directory-busting tool gobuster was run at this time to enumerate any additional directories present on port 8808. The command to accomplish this is shown below.

No additional directoriess were found as a result of the gobuster command.

While the gobuster tool was doing its work, an attempt to connect to to the SMB service on port 445 was made using the smbclient command shown below.

This command aims to list the SMB shares, however the server did not allow for passwordless access in this case. 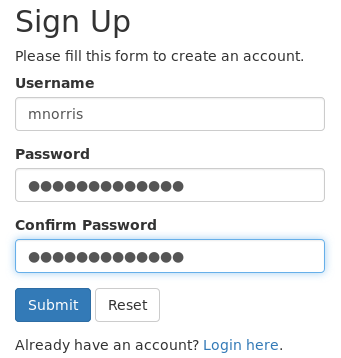 Upon logging into the newly created account, the page shown below is reached. The basic page functionality is demonstrated.

While logging in with this username is unsuccesful, a similar method from another HackTheBox machine, Nightmare, can be attempted. This method involves creating a user with the SQL injection string before attempting to login. This is known as a second order SQL injection.

After creating a user with the username username' OR 1=1#, logging in with this account allows for every note to be read. This suggests that the vulnerable SQL query is used during the login process only when an account already exists in the database. 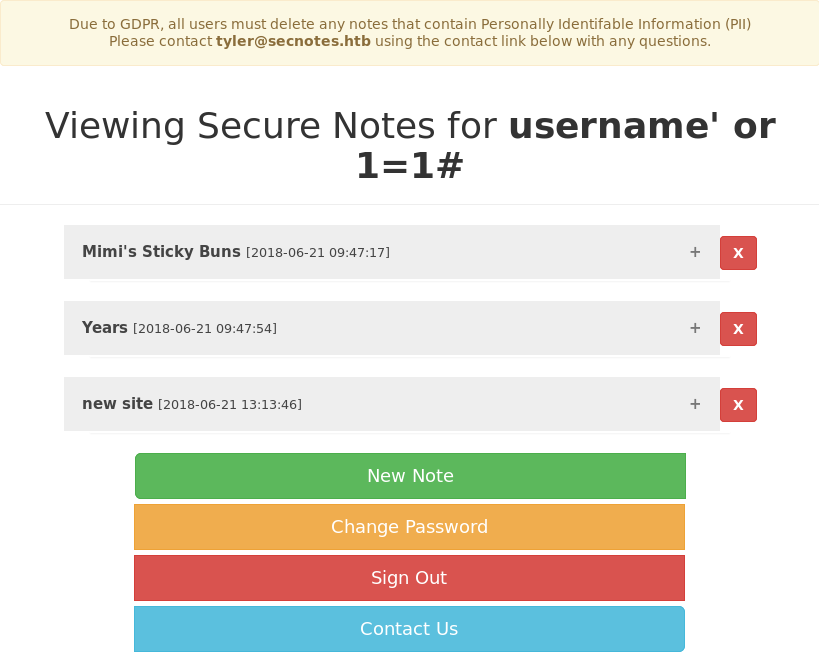 The “new site” note contains what appears to be a username and password for the SMB service on port 445.

As expected, these credentials provide access to the SMB service. The SMB shares can now be listed and accessed.

The iisstart.htm and iisstart.png files along with the share name new-site line up neatly with the IIS service running on TCP port 8808.

Additionally, remote files can be written to the SMB share with the SMB put command once connected.

It has been noted that the webserver running on port 80 is Microsoft IIS and that it executes PHP code. As the service on port 8808 is also Microsoft IIS and is running on the same system, it is likely that it also will execute PHP code. To test this, a hmm.php file can be created and transferred to the target system. The contents of hmm.php are shown below.

If all goes as planned, the remote server will execute this code which will result in the Windows dir command being run on the system. Browsing to http://10.10.10.97:88080/hmm.php confirms that the server is executing PHP code. 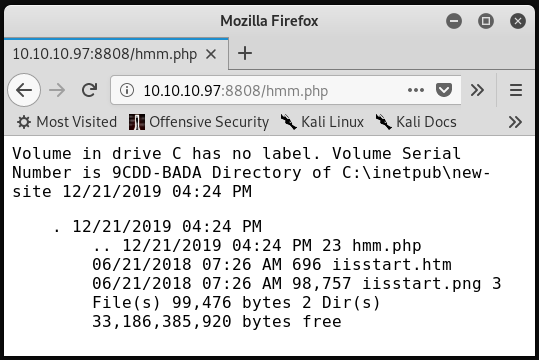 To leverage this position into a reverse shell, the following steps can be taken.

To achieve the first step, the Python SimpleHTTPServer module can be used, as shown below.

The second step can be achieved with nc. A simple listener can be set up with nc -lp 4444. This will listen for connections on the local attakcing machine on TCP port 4444.

For steps three and four, the helpful catch.php file will be used, the contents of which is shown below.

The user.txt flag can now be read.

Beginning enumeration of the system with the goal of elevating privleges, the situation quickly becomes interesting. In the C:\ directory, there are a couple of odd items; a Distros directory and a Ubuntu.zip file. As this is a Windows system, it’s odd that a there are multiple references to Ubuntu. 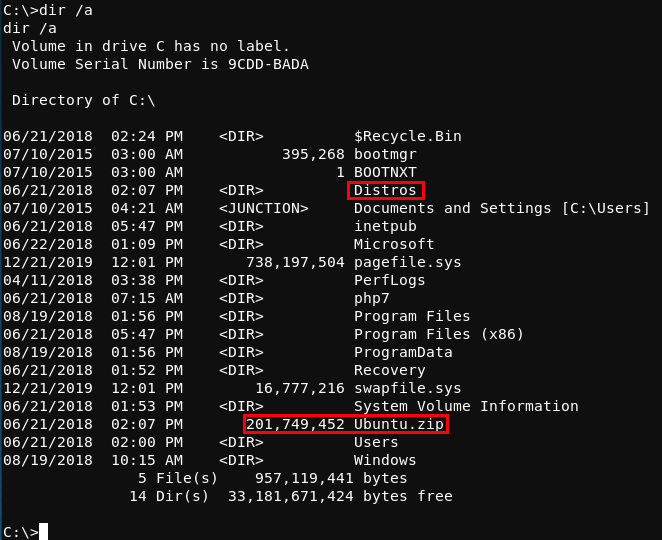 This implies that there are Linux files present on this system alongside Windows files. In WSL, the familiar Linux directory structure is rooted in a rootfs directory.

The Windows command /dir rootfs /a /s /p can be run on the compromised system with the hopes of finding where the rootfs resides. The results of the command are shown below.

The last line of output shown above appears to include the Administrator user’s password!

Back on the attacking system, the Impacket smbexec.py can be used along with the newly found credentials to get a shell SYSTEM shell on the target. The command to accomplish this is shown below.

Note that a \ is required before the ! in the Administrator’s password to escape the character. The result of the command is shown below.

From this position, the root.txt flag can be read. 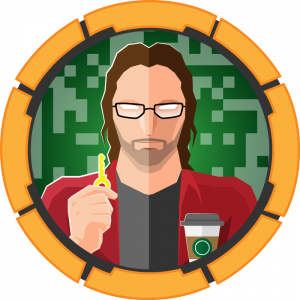